I don't think I saw this around anywhere, and I thought it'd be interesting to discuss! I really want to know everyone's theories on this! Even if you never thought of it before, tell me what you've come up with after reading this! ^^

In GNG's wolf arc, Gaia's eight warriors weren't fully revealed before their disappearance sadly. The Ran, Retsu, Zan, and Sai warriors are left unknown and the only candidates are: Red Bull, Pink Dragon, Mountain Bison, and Bobcat.
Some key things to keep in mind is:
>The Ran warrior will be destined to die, because Kurotora lives to have children in the future.
>The Retsu warrior's fate is unknown.
>Reima's Zan and Sai warrior is guaranteed to live, because Suiga and Raiga dies in the arc.

As for the abilities themselves, they seem to have to do with the warrior that possesses them, or at least their opposing foe.
>Goldeye could look through the fog that the Metsu warrior could summon.
>White Tiger was a koga wolf.
>Big Horn was huge, so he could use his long limbs to perform the Geki move better than others.
>Blacksnake ......... had a marking on his forehead like Gin LOL Snake is a bit void, since Fuuga clearly uses it alongside Gin, so he was destined to be the fake no matter what I believe.


Here are my predictions: 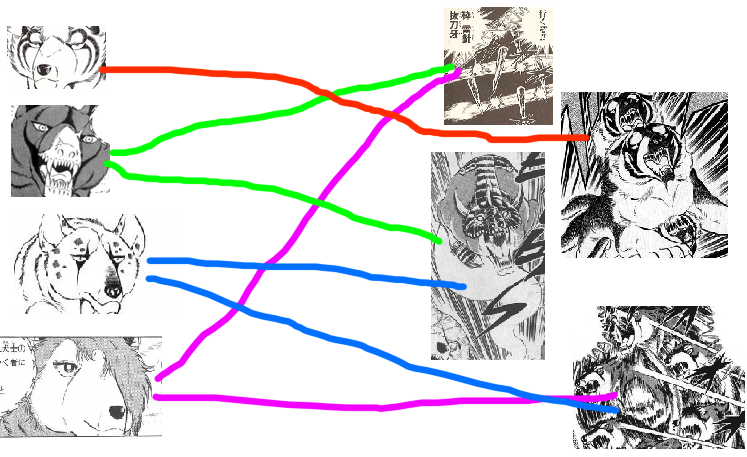 Mountain Bison: I think Mountain Bison is the Zan Warrior sort of no matter what. He looks veeerryyy much like Raiga's design. Similar face markings, the black and white body markings, and the face markings perfect have 3 points on both of them. Since the Zan warrior's ability is.. a bit strange, but seem to have a maximum of 3, I thought maybe it was sort of a hint. Plus, Mountain Bisons are herd animals, so having to do with clones/grouping makes sense. Though I feel confident in him being Zan, I think Sai could work too. Mt Bisons are apparently good swimmers.

Red Bull: He has such a potential in being anything, but if I had to cut it down to two options, it'd be Ran or Sai. If he was Ran, it'd explain his face disfigurement, so he could look like a snake gaping its mouth to its prey. However, Sai is tempting because if Sai's whole deal is cutting sharp ceiling objects and tossing them at enemies, then it could be like him sending out bull horns to his enemies. However... red bull + water element? Kinda weird...

Bobcat: While Red Bull has the potential of being anything, Bobcat is the COMPLETE OPPOSITE. I feel bad, but I can't think of real reasons for him to fit these without being a huge stretch .. well.. a bigger stretch than all of these are anyways. To me, he has the most chance of being the Ran warrior, because then it'd be 'tiger' versus 'bobcat', two cats fighting it out. Not to mention, he has stripes on his body as well like Kurotora, so ... maybe? White Tiger would've fit this excuse better, but.... yeah. As for being Retsu... it'd probably just be for him to be disposable and lose to Retsuga easily ;;; Sorry for any Bobcat fans out there, but I think he might have been Yoshi's least favorite.

Pink Dragon: He's very difficult to pick between Retsu and Sai... On one hand, a dragon is known for its wings being powerful and possibly making strong winds like a tornado. However, Saiga has long beautiful hair just like Pink Dragon. If Pink Dragon threw down ceiling weapons, then it'd be like a dragon striking down, I'd assume would be the metaphor for it. 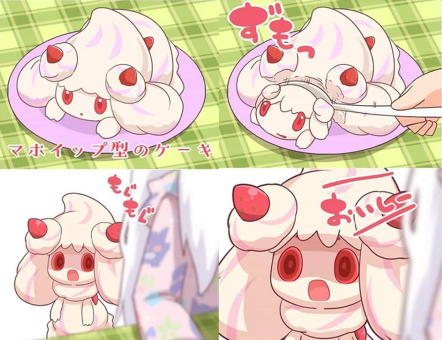 Re: Assigning the Missing Hakkenshi Warriors?

Re: Assigning the Missing Hakkenshi Warriors?

Mountain Bison = Zan - Purely because he's the most prominent wolf when Raiga knocks out the remaining Imperial Hakkenshi. Also it's my headcanon that Raiga's take on the Zan Hishoubunshin Battouga isn't how the attack is traditionally executed - normally it's just one wolf attacking so fast that they "split in two" and Raiga's version of the attack involving two other wolves who live inside him is just another example of Noroi's sadistic yet effective teaching methods, similar to Shuuga's spear-paw. It's why the Imperial wolves look so shocked when they see Raiga's attack, even though they should be familiar with the Battouga themselves.

Pink Dragon = Ran - The Battouga literally has "dragon" in its name.

Red Bull = Retsu - He certainly looks fierce enough to have the Battouga with "ferocious" in its name.