So why Bella?
While I certainly don't hate Bella I just don't think there's much to her. Yoshi tends to push her in the back or make her cry, always taking her away from the action.

Feel free to discuss why you think of certain characters as your favorite or least favorite!

Izou, Tesshin, and Shirozaru for top fav answers. Izou just .. I felt like I really bonded with him and his brothers. It was probably one of the nicest experiences, him and his bros raising Orion, I've felt in a Ginga manga yet. He's not afraid to cry, he's not afraid to give Orion a chance and then regret it, he's not afraid to give a hug when it's needed, and not afraid to die for his family. He taught Orion that being a great 'male' can sometimes mean knowing when to run away. And to top it off, it's refreshing to see characters kill really bad villains when they deserve it.
It took GDWO for me to realize how interesting Tesshin is. He's skilled, raised by all three biggest ranks of Ohu, but still makes mistakes (when he failed his Battouga). His extreme fascination of the Battouga is really interesting too. To teach so many people that and also gather up a pack, like he should have had long ago, is really nice to see.
As for Shirozaru, I like seeing him not be as OP as most ninja dogs. Yeah, he can jump high, but he was never taught ninja moves or skills. He seems calm and quiet, but still able to mess up, which isn't common in Akame's bloodline. Nothing's wrong with being imperfect but still cool. He's a better Akame, in my opinion xD

Honorable mentions go to Orion, Sirius (how sad how he turned out to be as a grown up), Akakamakiri, and possibly Heizou (the guy's dedicated), Rigel, Terumune, and Bon.

As for least favs.... hard to say... I didn't really hate anyone. Maybe Bon's dad? He was pretty spineless. Maybeeee.... the new kai bros? Though there were two trios of them in this lol both were evil though. Ah, okay. Maybe the ones who killed Terumune. Sirius is definitely my favourite in the series, his endless devotion despite unpopular opinion around him caught my heart.
Kamakiri I like for being a ginga villain that actually slowly starts to redeem himself, going all the way to forgive his mother for leaving them.
I adore Bon's dumb but jolly face.
Kotetsu! He's grown up from a stupid fanboy to a mature adult who knows how to go undercover and hold in his feelings.
Yamabiko I'm also fond of. He's got a lot on his plate (fond feelings for his brother, leadership) but he is still level headed. A little too devoted to Orion though.

I dislike Orion's violent saviour complex, and Izou's cold heartedness rubbing off on him (remember Kisaragi was no saint, and the way of thinking carried down).
The killer Kai brothers disgust me.
Terumune, acutally. I found him to be too little too late, in raising Masamune in abuse and then casting him off for Yamabiko. And then turning to go down as if he is honourble!
Top 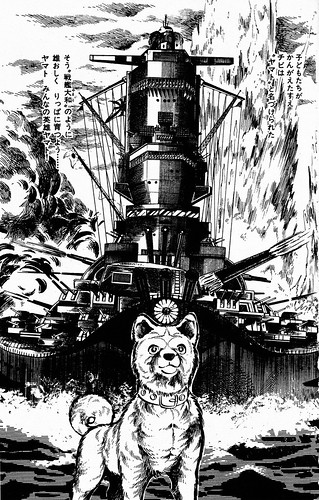 Honestly It's so hard to think of any least favourite characters... Maybe that's just a good thing heh

(I'm including characters that has appeared in the manga, even tho they were also in GDW and GNG, as long as they appear and do something)

Least favorites in this manga(Characters I dislike):
Tenka
Mateus
Kyoushiro:(
Kurokirimaru and his brothers (Was their names Kousetsu and Tsumuji? I can't remember)


These are the characters that came to my mind while writing this:)
Have a nice day!
Top 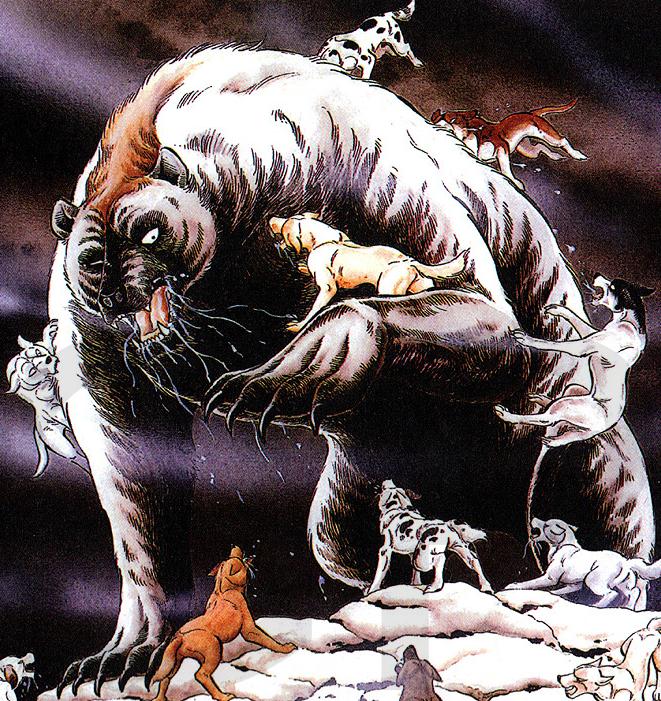 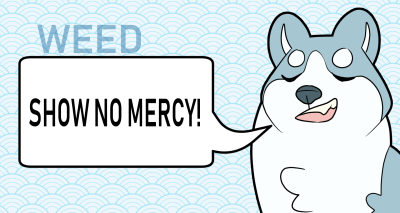 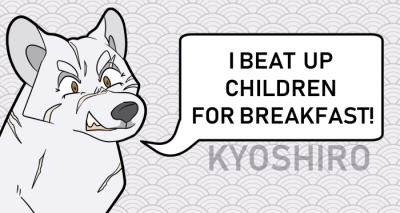