General discussion of all things related to Ginga: The Last Wars.
Post Reply
12 posts • Page 1 of 1

Will Sirius succeed? Will Weed return? Who do you think will die by the end? Will Akame reach immortality and ascent to the heavens in a chariot of fire?
icon by azzai
Top

Will Sirius succeed? Will Weed return? Who do you think will die by the end? Will Akame reach immortality and ascent to the heavens in a chariot of fire?

Sirius will get his wish and the ending will be all happy and fluffy with dogs and bears being friends and blah blah blah... Basically, a typical happy ending. You know how those are.

And yes, I'm dead serious. With the way things are going right now, I wouldn't be surprised one bit if that prediction came true by the series end.
Banner by me. I apologise for my infrequent visits! Please be assured I’ll do my
best to make regular check-ins regarding the Art Section upkeep!
Top

Ooh now this will be interesting.
I'm going to shoot as many arrows as I can and see how terribly wrong or right I get this

Alright, I'm out of ideas now.

Since i can't think of either i'll just write both in the same lot
- Monsoon will pretend to be friends with Sirius to get close to the Ohu dogs and then kill more of them
- At some point, Orion will either injure or outright kill Sirius
- Because of above, Orion will lose his sanity
- Rigel will become the next leader
- When Bella next shows up, she'll have kids
- Gin will go back to Daisuke at the very end and die of old age in his arms similar to what Gohei did. (The rest of the older dogs will be dead and wait for his spirit at a heavenly Gajou)
- Sirius will end up killing Monsoon himself
RIP Nan February 1929-May 21st 2019. I'll never stop loving you, and I'll never stop missing you. Take care of yourself.

I predict that Monsoon will be killed when humans, dogs and bears combine their strength. Even with this it will be kind of "accidental" death like falling of the cliff or something.

I don't think that any of the main characters will die. One of them might get injured badly, but survives.

I hope the last book will be just dogs chatting and explaining how things will work in future, maybe show some new future generations or something too.
Top

I hope so much that Suzaku and his pups will get a role in GTLW! But like I know about yoshi this will never happen. Characters like this just disappear forever

I think Rigel is still the best option for the next leader, not like Orion or Sirius. But I don't think Yoshi would make him the leader, otherwise Rigel would have a bigger role. but maybe hes getting his big role now after he took chibi with him? We'll see.

I hope to see reika, her pups and Tonov again. Same with Koyuki and Bella. They just had a short part in the series till now, thats too sad. I want to see how Reika reacts when she finds out that Hiro died. And I want to know if Tonov is a female. If yes, then we know the reason why she didn't get a bigger role... because she's a female.

Also a nice thing would be too see at least one of the young aduld characters to have a mate and pups.

Looking forward to the end of GTLW! But I think this will go on for some years. Ginga should not end that fast! :o
Top

Realistically speaking, I'd imagine the series will end when some major event occurs, causing Rigel to lose his life. This makes everyone realize what fools they've been and the dogs unanimously agree bears make great allies.

Weed will be forgotten and Sirius becomes the new leader because, you know, he's a tora-ge after all. Bella is never seen again, leaving readers feeling cheated.

In the last chapter we see Gin go down in the village. He meets Daisuke and dramatically dies of old age as the two hug for one last time. Basically a reproduction of Gohei's death. (Jeepers I hope this is how Gin's story ends)

In the very last page we'll most likely see Sirius standing at the edge of a cliff with his partners, the wind ruffling up their fur. In the background we see tiny baby Akitas messing about. At least one of those is a tora-ge with a bright future ahead of him.

What I hope will happen
Sirius and Orion have a massive brawl and tragically end up killing each other. Again, this will make all the dog realize how insane all this bickering is and they decide to team up with the bears.

I would like Bella to come back as a kickass ninja but I'm fairly sure she's a lost cause at this point. I do however hope Rigel will become the next leader, goes off to find himself a nice non-white coated parter and has one litter with her - all females. Cross, being fed up with the sexism, makes sure these ladies become the greatest warriors Japan has ever seen.
Top 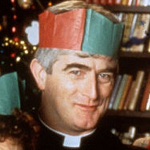 Ghost Joe appears to Orion and yells at him for constantly being a hotheaded, spoiled brat who doesn't listen to anyone else.

Ghost Yukimura appears to Sirius, and tries to knock it into him that sometimes, the enemy cannot be reasoned with and must be neutralized.
Then he goes on a vaguely racist rant about the monkeys.
Dermot Morgan Fangirl
----

Dogs won't kill Monsoon. He will be killed by humans or by falling off the cliff.
Top

Well I thought I'd get in one last jab with only a short while until the climax! I think Orion and the other youths will insist on going alone to fight Monsoon, the elders will follow regardless and show they still have might in the battle. Sirius breaks ahead to talk to Monsoon (who remember is still mad that he and Zion left him alone) who is to blind with rage to listen and he kills Sirius. Orion, Rigek (where the heck IS Rigel??) the others (maybe Weed and Gin too?) are shocked and angry and rush Monsoon to fight him. Jerome has his special vendetta against Monsoon and deals a LOT of damage (maybe blinding him or something) I hope that the Kamakiri Bros rush to Sirius, while the other dogs fight the good fight. Maybe Chibi watches from afar.
Wear a mask! Stay safe! Support BIPOC, BLM!
Buy me a Ko-Fi (to support my art)!

I apologise for my infrequent visits! Please be assured I’ll do my
best to make regular check-ins regarding the Art Section upkeep!
Top
Post Reply
12 posts • Page 1 of 1